VelvetLiga June 27, 2017
0
Like 1 Thanks! You've already liked this
Graffiti Around the World, The Best Graffiti Collection

Awesome Graffiti Art Pieces From Around the World

Face of the City

The Legend of Giants

The Legend of Giants is another piece of art that has gained a lot of popularity in the recent years. The artwork basically involves an image of a girl who is watering the plants. The image has been drawn on a tall building. The beauty of this image lies in the fact that the girl is actually watering a real tree. The Legend of Giants was developed in Poland and is one of the most famous artworks of the country.

Satellite dishes as the name suggests actually refers to a painting which involves satellites. The painting has been done in Birmingham. The creator of this painting has been blessed with pure talent. The artist saw some dishes fixed on the wall and all he has done is that he has created a huge telescope under a control of a small man. The painting one gives a feel that the dish is attached to the telescope.

As the name suggests this painting involves Bruce Lee. The graffiti was made in France. The painter has painted Bruce Lee is such a way that it seems that he has bent the rod. The painting is simply awesome and is a perfect example of innovation and creativity. 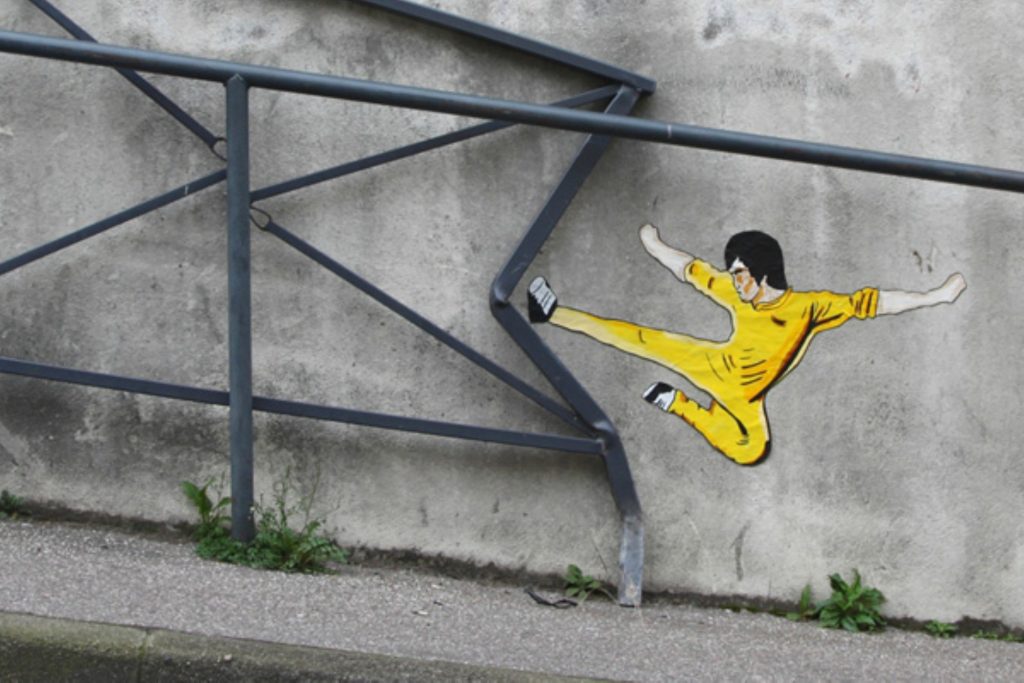 Slug on street is a nice little painting and the idea can be applied by anyone with ease. It involves drawing of a slug on the street. The slug is actually cleaning the street and is hiding the thrash beneath the street. The origin of this image is not known however pictures related to it have been shared at reputable sites of the internet.

The paintings which I have mentioned in this article are just a tip of an iceberg. Apart from these paintings, there are many others as well. To know more about Graffiti art you should explore this one prepared by smashinggaps. The site is home to some of the best Graffiti art pieces.